Thornehaven 1: The Reincarnation of Anna 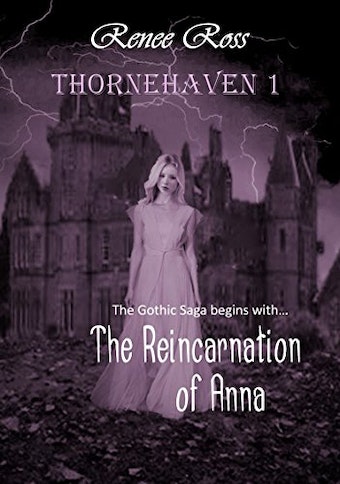 Still reeling from her mother’s suicide, a young woman agrees to marry a handsome widower she just met. Becoming mistress of his ancestral castle sounds like a fairy tale. Looming high atop a rocky cliff on an isolated swath of New England – the Gothic manor is garish, forbidding, and bleak. Inside, the atmosphere is tense and foreboding. Inexperienced and insecure, she finds herself jealous of his late wife’s beguiling beauty. Worse, she’s unnerved by the uncanny resemblance between mother and daughter. After an ominous family secret is revealed, she decides to run, but a high-risk pregnancy keeps her ensnared. Dependent on those she distrusts, her mind begins to unravel. Something or someone is plotting against her. And now she must fight for her husband, her child, and – ultimately – her life.

I love this author’s writing style. I’ve read most of her books and this one meets all of my expectations. The story pulls you in immediately with suspense and takes you into twists and turns along the way until reaching an exceptional ending. I can’t wait for the next Thornehaven book to come out! – Sandi Leinen