The Ghost of Emily Grey 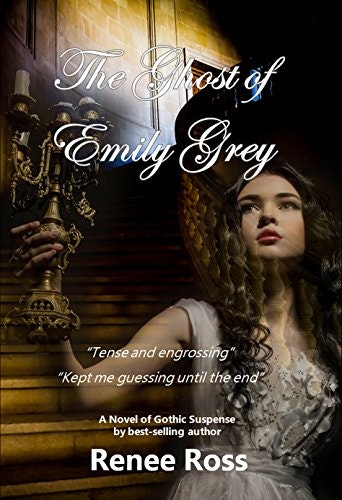 Maine, 1913: Claiming she is mad, Emily Grey’s husband and evil mother-in-law plot to take away her newborn son. She is released from a mental institution only to discover that her son died more than a decade earlier. Unable to bear the grief, she hangs herself from the balcony of her manor home. A half-century later, the town of Bucksport believes that her tortured spirit roams the shadowy halls of the manor looking for her long lost child… When 18-year old Claire arrives at the manor to care for a young couple’s new baby, she finds the mother inexplicably frail and nearly bedridden. Though the father doesn’t believe in ghosts, Claire knows there is an ominous presence lurking in the manor’s dark shadows. Has Emily returned from the grave to claim this couple’s baby as her own? Or is there something else afoot – something even more sinister? As Claire searches for clues, she unwittingly uncovers a web of secrets so explosive that – once revealed – will doom this family’s fate forever.

An interesting story with a good number of plot twists, The Ghost of Emily Grey keeps the reader guessing, and is well worth a read for anyone who loves gothic fiction and/or ghost stories. ~Mari Biella