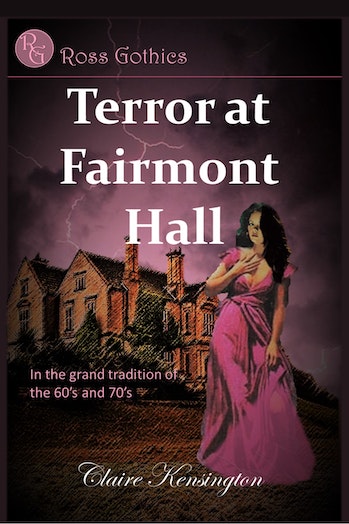 Elizabeth Price is grief-stricken and alone after losing her husband and unborn child in a tragic accident. After attempting suicide, fate intervenes in the form of a good Samaritan, and Elizabeth finds herself with an unexpected chance at a new beginning. As a professional caregiver, she agrees to go and work for the bedridden Mrs. Fairmont in the wilds of North Yorkshire. But as soon as she sets foot into the grand mansion, the atmosphere turns bizarre and unsettling. The previous nurse who promised to stay until she was fully trained, suddenly vanishes into thin air, leaving her bewildered and abandoned. As she begins to blindly navigate the unfamiliar situation, she discovers that her patient is not only bedridden but mentally ill. She also learns that Mrs. Fairmont's son hanged himself from a beam in the cellar. Her reaction is a mixture of morbid curiosity and empathy for this man who - like her - chose to end his life after a devastating loss. But everything Elizabeth thinks she knows about the Fairmonts is suddenly called into question by the first in a series of shocking revelations. Once the dominos begin to fall, the present takes on the terrifying reality of the past; and Elizabeth watches in horror as her new beginning careens toward another tragic end.

"This traditionally written Gothic suspense is by the author Renee Ross, who has written 5 other Gothics that I've read. I read this novella is one setting, because I could not stop turning the pages. It's a fast-paced story with a great twist at the end. Highly recommended. I'd love for the author to write more stories like this." --Amazon reviewer on 10/16/19